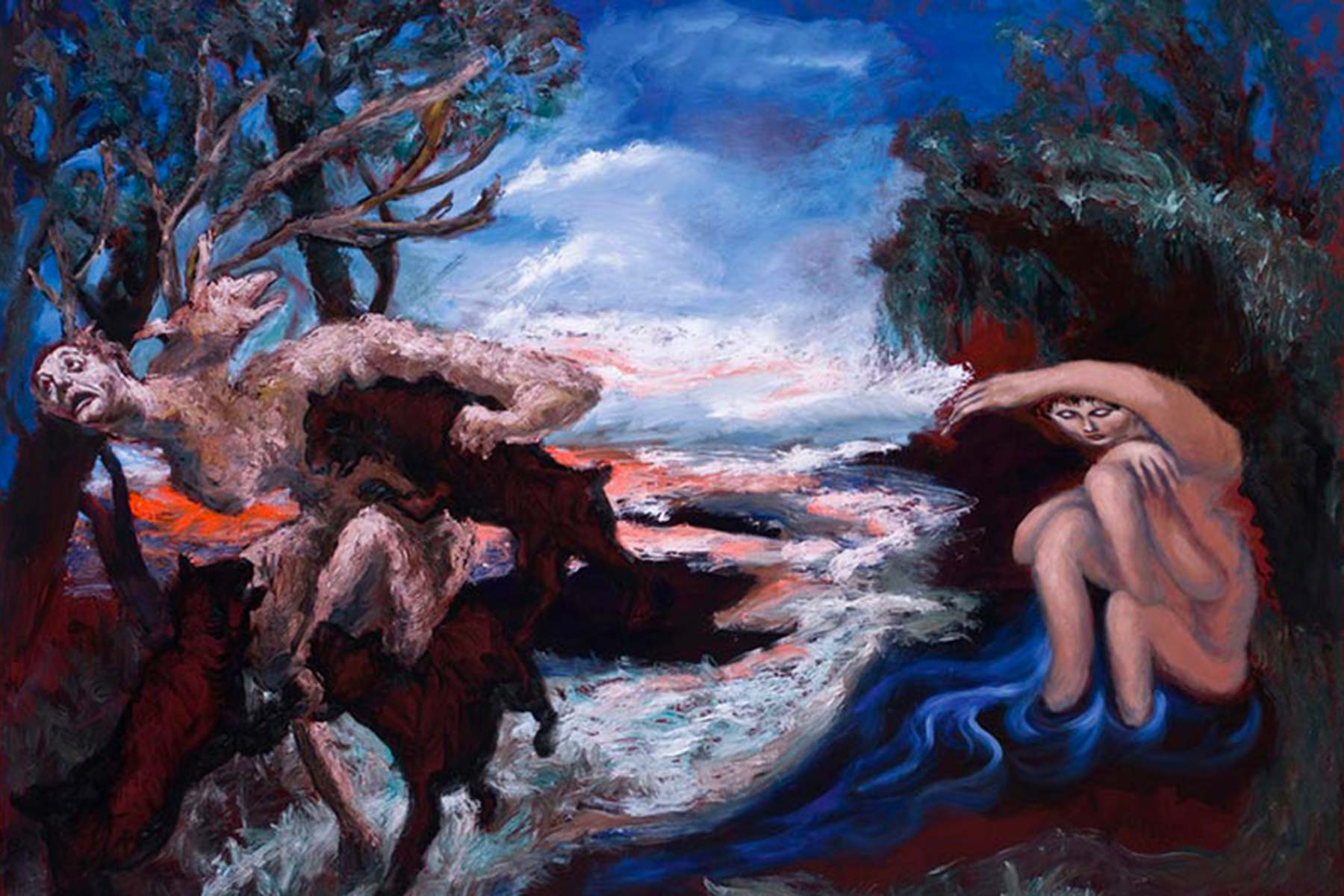 Painter, engraver and sculptor, Gérard Garouste (born 1946) is often inspired by great reference texts. The Bible, the Talmud, or in a more literary register, Cervantes' Don Quixote, serve as an alibi for his complex plastic games where the audacity of forms and colors free themselves from the constraints of verisimilitude.

At the request of the Musée de la Chasse et de la Nature, Gérard Garouste has taken an interest in the myth of Diana and Actaeon, one of the most beautiful that the Latin poet Ovid (43 BC - 17 AD) recounted in his Metamorphoses: Actaeon, an insatiable hunter, having ventured into a wood in search of freshness, surprises the goddess Diana while she is bathing naked with her followers. He, a mere mortal, dares to cast a lustful glance at the goddess, who takes revenge by casting a spell on him. Suddenly transformed into a stag, he becomes the prey of his own dogs who put him to death.

The myth, which deals with the gaze, desire and capture, had everything to seduce Gérard Garouste. So, not content with satisfying the commission from the Musée de la Chasse et de la Nature, he multiplied the studies, drawings and paintings on this theme. Singularly, the goddess Diana resembles the painter's wife, while he lends his features to the unfortunate hunter. For the exhibition, all the works produced in this way are brought together around the picture painted for the museum. They resonate with the older works illustrating this theme in the permanent collections.

From March 15 to May 10, the Templon gallery will present Zeugma, a solo exhibition by Gérard Garouste featuring some thirty previously unseen works.

The artist will exhibit at the Beaux-Arts de Paris in Zeugma. Le grand œuvre drolatique. His Indiennes, Ellipses and La Dive BacBuc, monumental installations and theatrical devices, will be brought together there for the first time from March 15 to April 15.