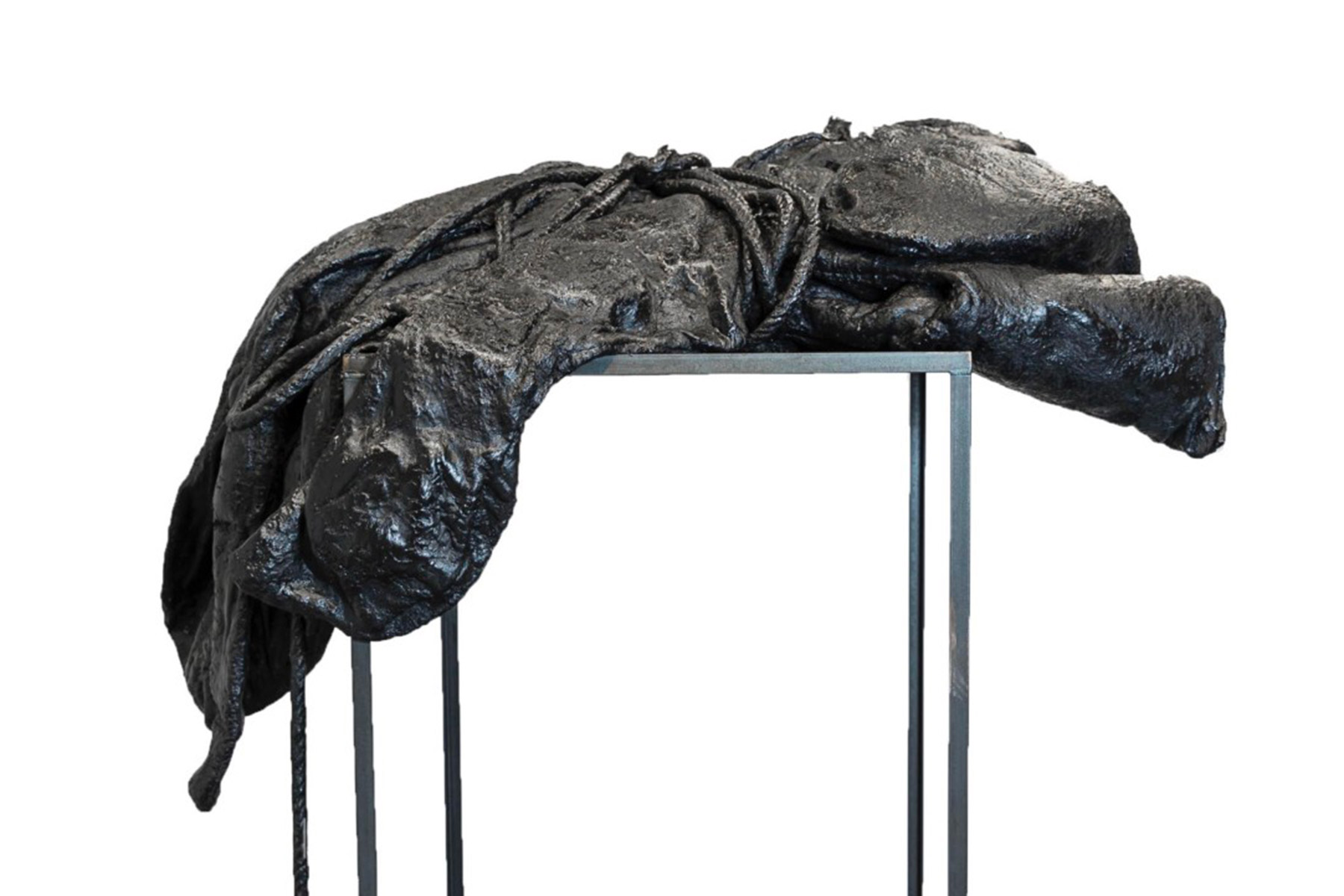 Tierra Del Fuego is a polymorphic artistic project, composed of a set of plastic works that deals with the disappearance of a landscape of glaciers. It is inspired by the archipelago of the same name which is located in Patagonia, at the confluence of Argentina and Chile, in the extreme south of the American continent. The exceptional and characteristic landscape of this region of the world is gradually disappearing under the effect of climate change, as is the Amerindian civilization that lived on these lands for 12,000 years, before being decimated by the Europeans.

In connection with her film The Memory of the Glaciers, which shows the acceleration of the melting process, Angelika Markul reveals the memories buried in the ice and summons a series of phenomena and influences that together compose a symphony of the end of the world: bronze objects evoking the lost traditions of the Yagans, the nomadic fishermen of Tierra del Fuego, a sculpture of the remains of a mylodon, this endemic prehistoric animal that has now disappeared, or the cartographic reliefs of this land of forgotten paths. The artist conceived this work as an echo of the poem La Iluvia lenta ("slow rain") by the Chilean poetess Gabriela Mistral, which calls for a necessary reconnection with mother earth.

Angelika Markul pursues here the obsessions that are at the center of her work, such as the passage of time and the flight of memorial and material traces. Her artistic practice is born of a utopia, that of a total archaeology, of a seamless archiving of the traces of life, whether human, animal or vegetable.

Angelika Markul is represented by Galerie Solo (Madrid), Galerie Laurence Bernard (Geneva) and LETO Gallery (Warsaw). Angelika Markul is the winner of the 2016 COAL Prize for her project Tierra Del Fuego and the winner of the MAIF Prize for her bronze sculpture Mylodon de Terre. The exhibition, curated by Lauranne Germond and Claude d'Anthenaise, is organized on the occasion of the tenth anniversary of the association COAL. It gives rise to a cycle around the imaginary of climate change and melting ice.