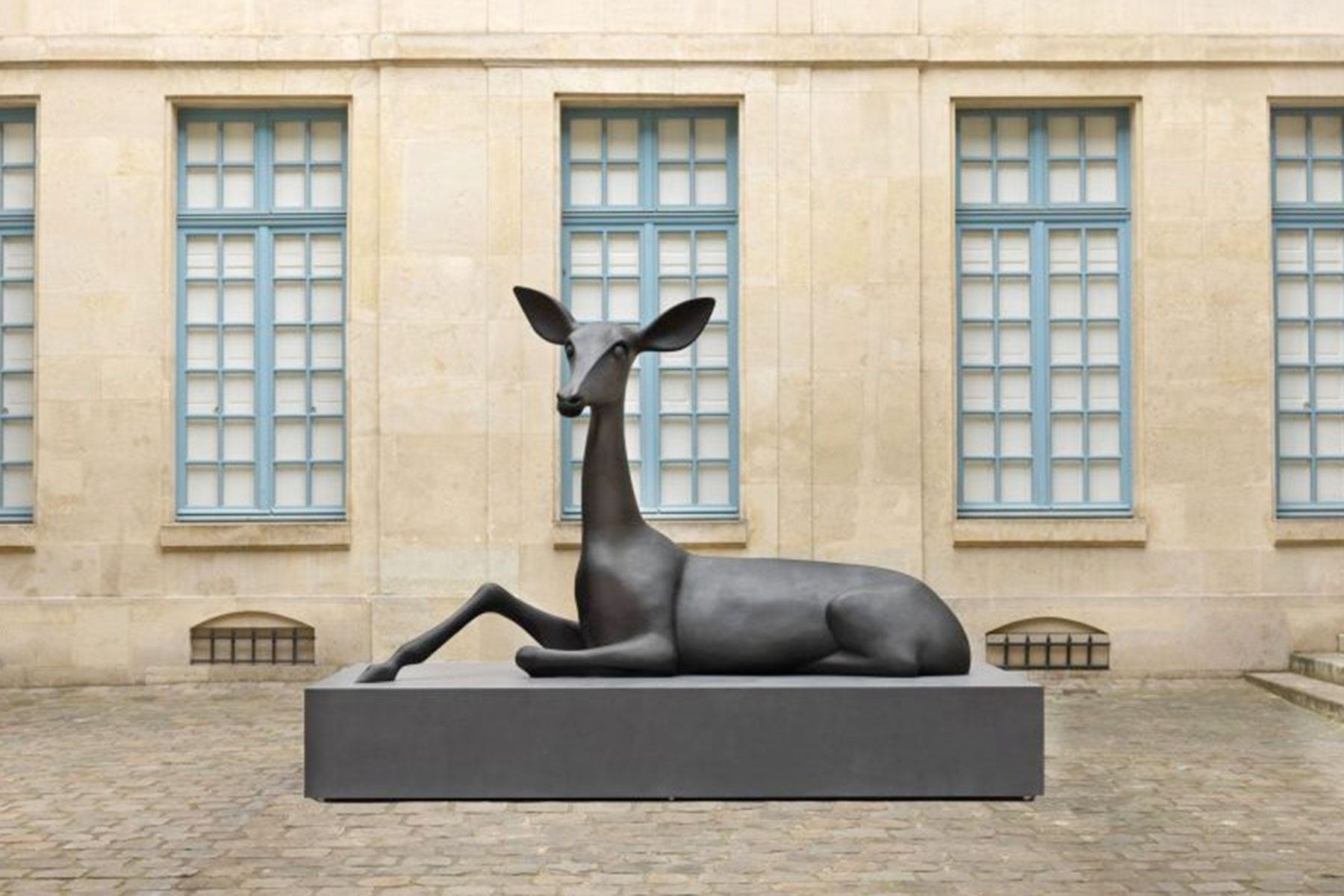 The courtyard of the Musée de la Chasse et de la Nature is home to a bronze deer, sitting on the pavement, both alert and silent. It is the work of the artist Miguel Branco, born in Portugal in 1963. For more than 30 years, through the mediums of painting, drawing, sculpture and digital image, his work has focused on the animal as the main subject. Borrowing most of his models from the history of art, notably from Georges Stubbs, or drawing from the illustrations of old scientific works such as the Natural History of the Count of Buffon, his works lend themselves to a new pictorial and plastic work.

The artist claims these borrowings, but uses them in a very personal way: he creates his own images of previous images. Miguel Branco's still deer offers a sort of counterpoint to the exhibition of German paintings presented at the same time in the museum. Indeed, the simplicity, apparent fragility, and form of interiority that characterize the Portuguese artist's work stand in stark contrast to what nineteenth-century German artists experienced in exalting the wild forces at work in nature. While their stags, with their fearsome antlers, tirelessly decline in deadly jousts to show their virile and warlike power, Branco's black stag is silent and solemn, and looks at us impassively, as if questioning us.

In addition to this installation, the rooms of the museum host a selection of paintings and sculptures by the artist that resonate with the works of the Museum. This cohabitation, subtitled "Resonances, Abductions, Interferences", highlights the subjective and changing character of our perception of animals, the power of the image as well as the strangeness of the animal, this "absolute other", of a primordial magical presence.

Black Deer © Georges Poncet, Courtesy Jeanne Bucher Jaeger, Paris
Your experience on this site will be improved by allowing cookies.