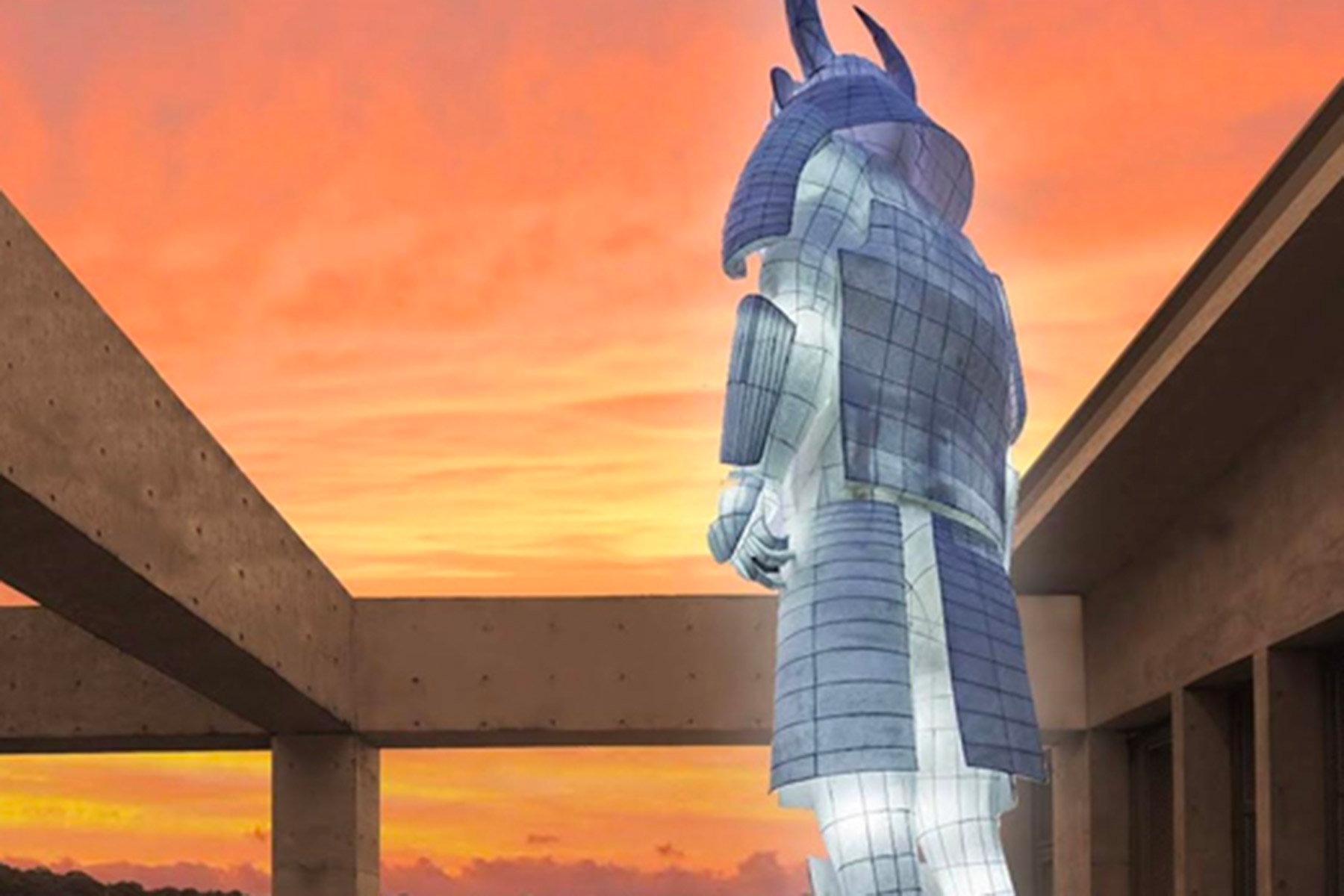 "From Kyoto and Paris"
José Lévy

Since 2007, José Lévy has conceived a body of work that navigates between the plastic and decorative arts. A symbol of the reopening of the Villa Kujoyama in Kyoto in 2014, his Vigil (Samurai) was reborn at the Musée de la Chasse et de la Nature. Visitors are invited to contemplate a new lantern sculpture built especially for the museum using the ancient Japanese technique of Nebuta, which uses paper and bamboo. With the help of the Franco-Japanese Sasakawa Foundation, students from the Camondo School are helping to create this creation and are learning this ancient technique under the instruction of teachers from the Kyoto University of Art and Design, who have come specially from Japan to train them.

Inaugurated in 1992 in Kyoto, Villa Kujoyama was inspired by the model of the Villa Medici in Rome. It reopened its doors in October 2014 after restoration work made possible by the support of Mr. Pierre Bergé. The Bettencourt Schueller Foundation is committed to the Villa Kujoyama as a patron of its new residency programs.

Veilleur (Samurai), © José Lévy
Your experience on this site will be improved by allowing cookies.